Looks great! What paint did you use to spray the vents? I guess the large rectangular centre vent was a pain to grind?

Danny said:
Looks great! What paint did you use to spray the vents? I guess the large rectangular centre vent was a pain to grind?
Click to expand...

Hello, sorry for the late reply, i have been a bit busy lately by other issue with my Xk8.
So to reply to your question regarding the paint used, I used a spray of Foliatec black mat.
I just finish this weekend to repspray the center console and it looks quite good (I have to do also the chrome part) or at least much better than before. 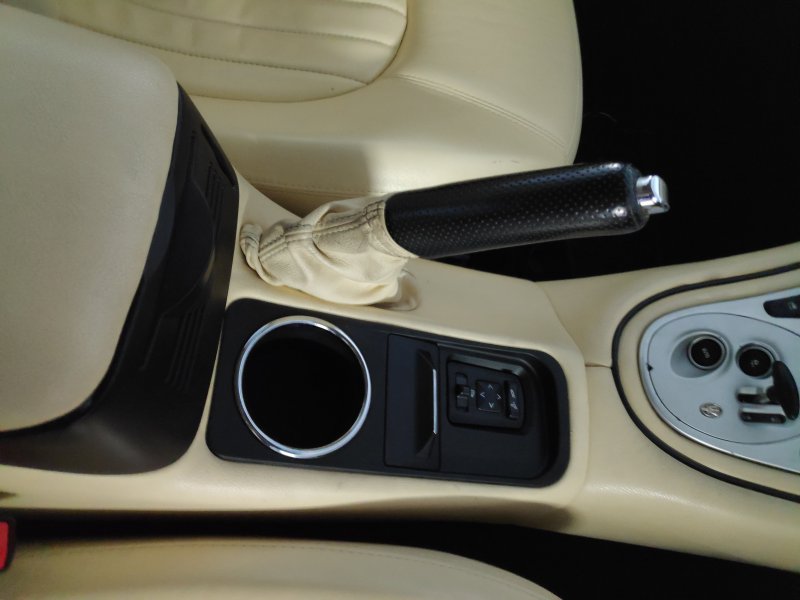 For the big central vents of the dashboard, I saw some post that it was complicated to remove them, so maybe I was lucky but for me, i just used a long thin slim flat screwdriver of modelism and passed it through the vent opening to pinch the plastic sort of screw which is retaining the vent and pull it slightly in the meantime, and it got released easily. 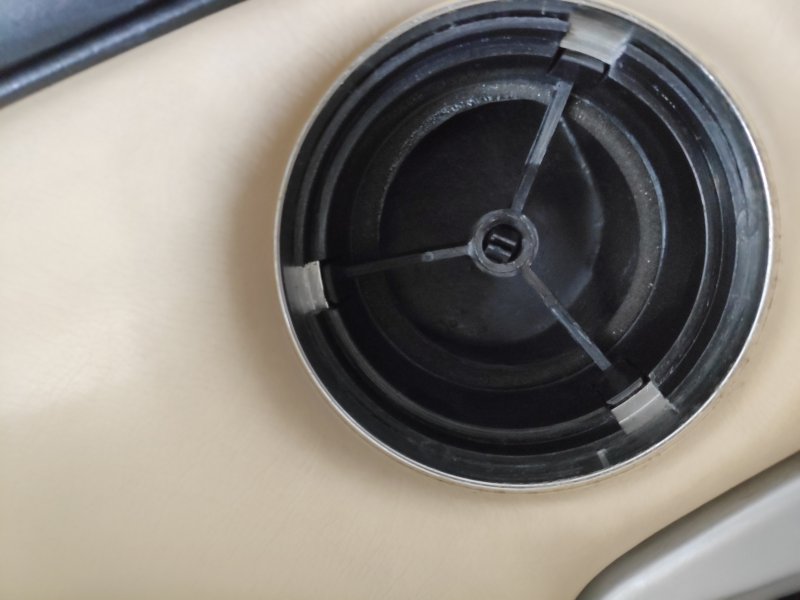 Now I will attack the last parts which are the wonderful buttons below the Infocenter and the plastic from the doors (handling ones, see pictures below)
If you have a tutorial to dismantle it, you're welcome to share it 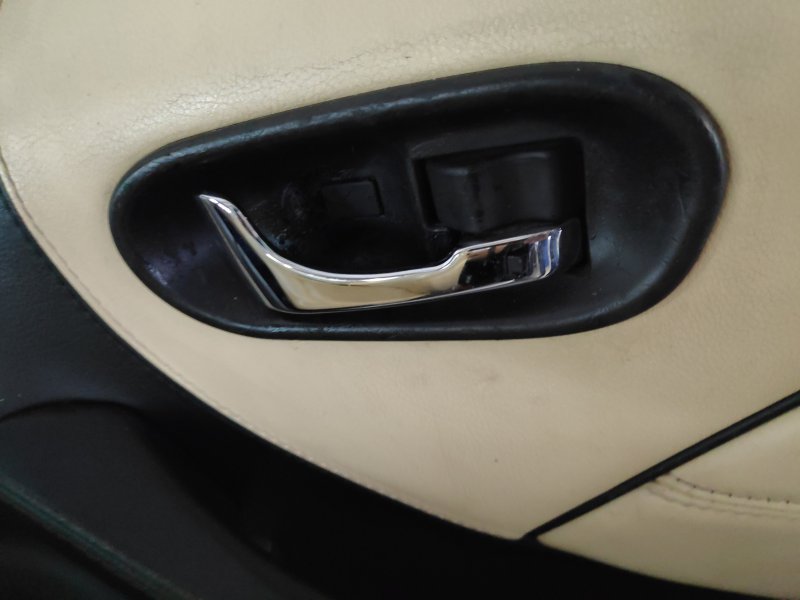 I looked also the fusebox as suggested, no trace of humidity or liquid leaks. 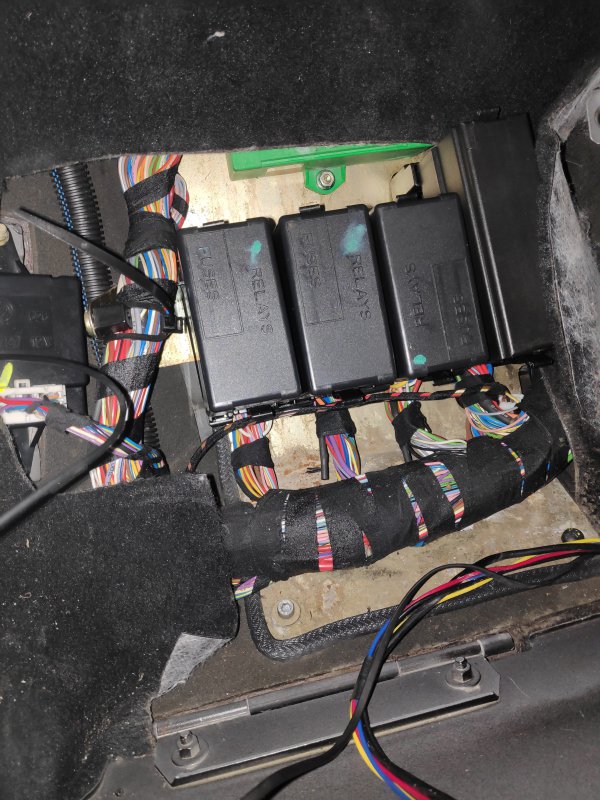 Good progress! I will have to try your method to take out the centre vents on my car.

The center vents come out easily, however it is the chrome ring that is fixed from the reverse side, hence difficult to remove without the dashboard out.

You have done an excellent job on the black parts.

The door handle surround is removed by taking out the small cover behind the chrome pull part, behind which is a cross head screw that holds the black shroud in place.
E

Did you solved the issue with the P0806 code? Does your engine run or does it suddenly shut off?

exporschdrivr said:
Did you solved the issue with the P0806 code? Does your engine run or does it suddenly shut off?
Click to expand...

Actually the code still come back and goes, I didn't use the PIS definition since Im still looking to rent one X431 mini somewhere. The engine start and runs quite fine. So the problem is still here...
E

Does the engine shut off when the code occure?

exporschdrivr said:
Does the engine shut off when the code occure?
Click to expand...

Nope, it stays on

A little progress update on the doors handle, just the locking button is still to be cleaned.
Before 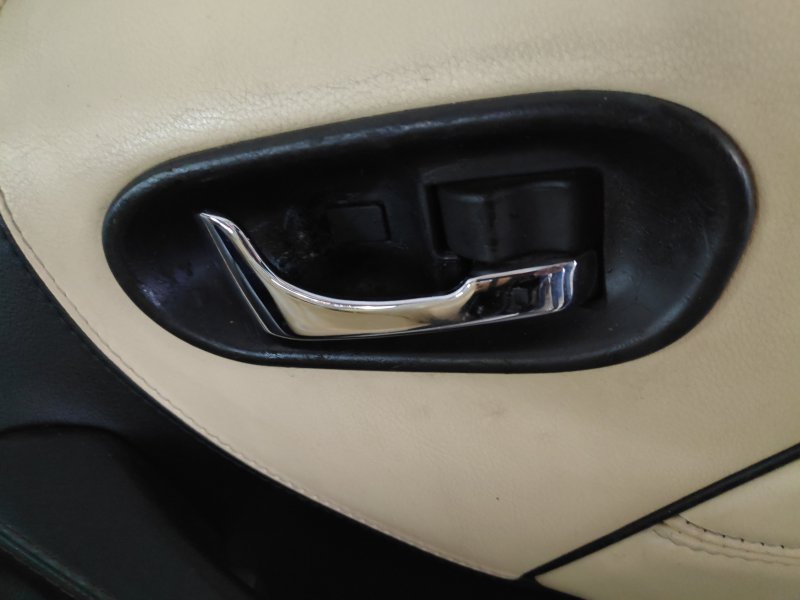 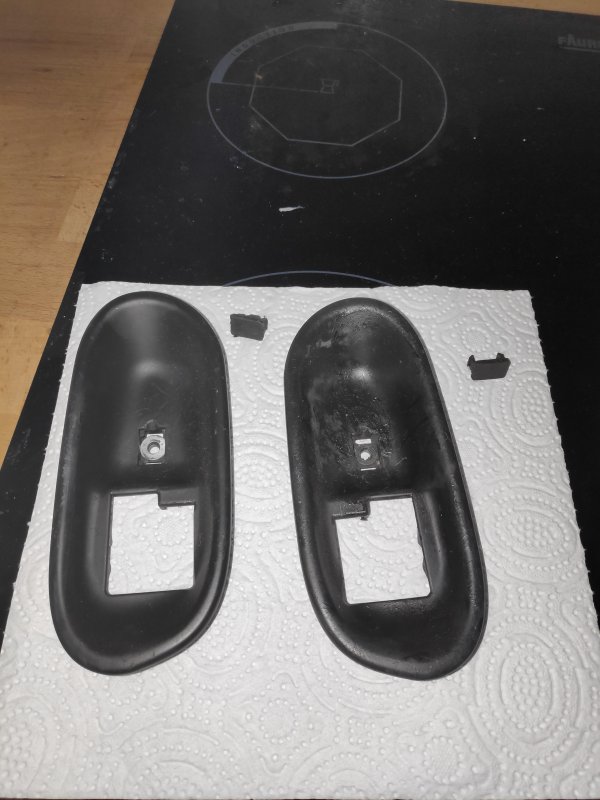 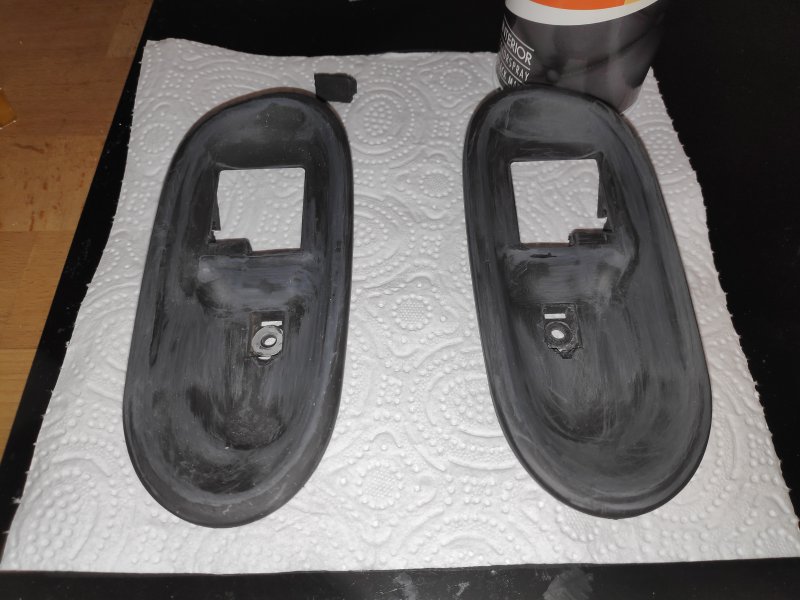 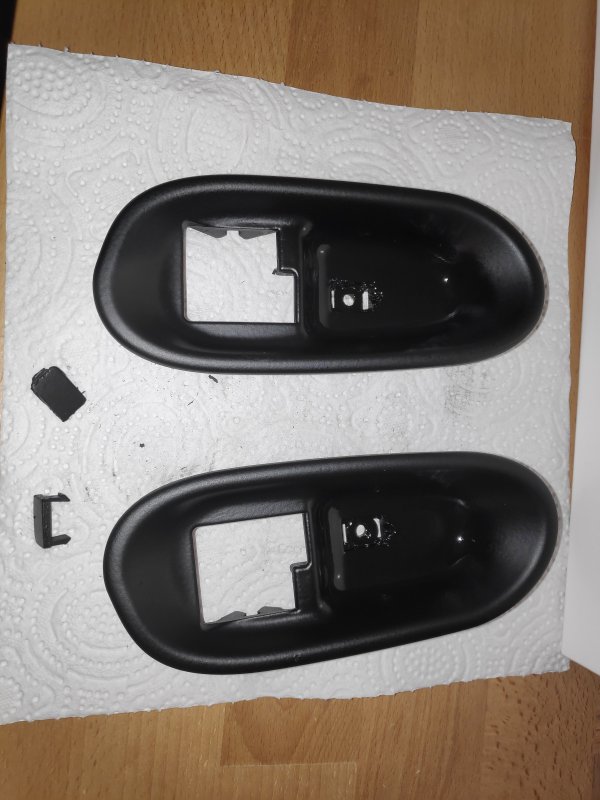 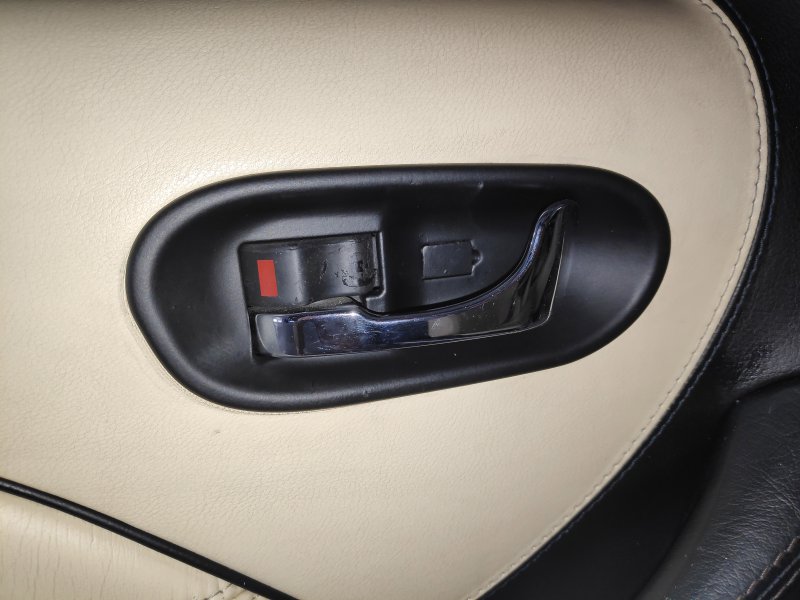 Next Step : remove the rust on the underframe 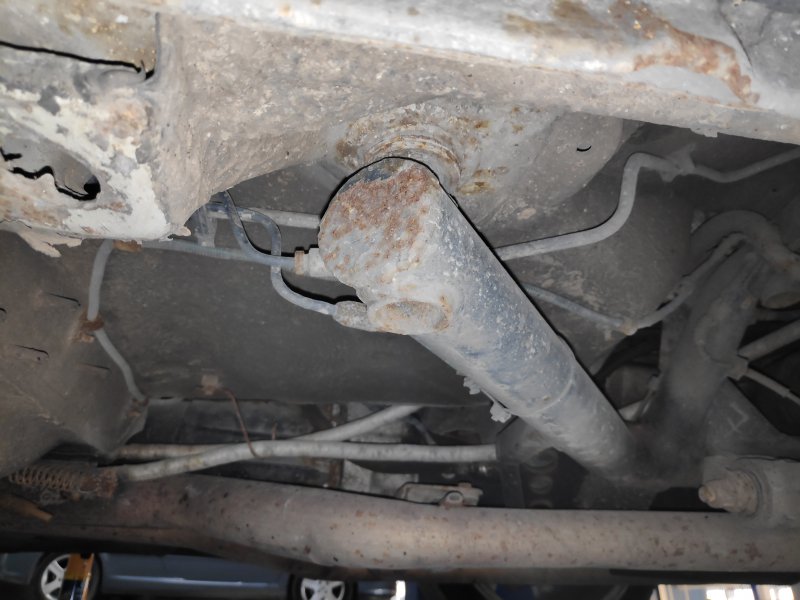 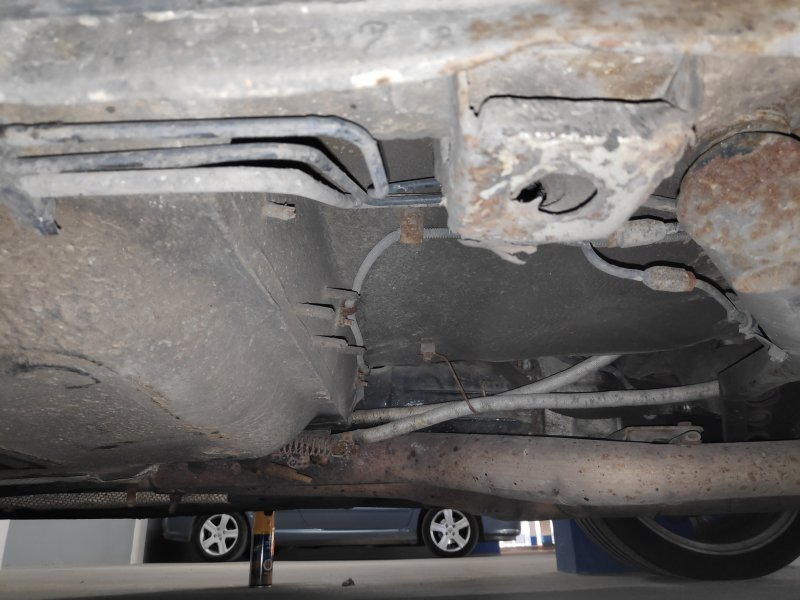 Good work!
Need to start this task on my 2006 QP interior.

To remove the sticky stuff from my air vents I used oven cleaner just sprayed on the cleaner left it 10 minutes and used a kitchen scourer to remove the gunk and it worked I was back to plastic and the parts did not need painting
Ps .I did remove parts before cleaning
wots good for my oven is good enough for my Maserati Ha.

Nice work!
I may be wrong, but those brake lines look as if they are starting to corrode. Mine looked exactly like that before they let go. Just a heads-up.

That's the joys of a UK car and a few years of salt on the roads.
I did new front brakes on a 10 year old Renault on Monday here in the Mayenne.
Calipers still galvanised.
No rust on the Flexi hose ferrels.
Pistons went back nicely and bleed nipples opened without stress.
The hubs weren't red rusty.
Salt is the killer and respects nothing.

Dear all,
Due to the lockdown ongoing, I was unable to perform yet the rust cleaning process but I had the time to pass do a little visit at the Maserati garage and I will have to change the rocker cover gaskets on both sides (RH and LH), so I found a pretty good tutorial to follow : Sitting, idling at a light, or just cruising slowly around town, and you get this pungent odor through your windows or vents of burnt oil. A common issue with the 4.2l wet sump and dry sump motors,…
craig-waterman.com
or

Hey all, I just wanted to show some people what’s involved in replacing valve cover gaskets in these V8 GTs. I’ve replaced countless valve cover gaskets, these particular ones are from my neighbor’s 2012 GT. He tried to replace them himself (the gaskets were so dried that they were legitimately...

www.maseratilife.com
The only issue is I didn't find a tutorial with all the torques associated to each screw, bolts and else.

If somebody can link me to these informations or share the tutorial, that would be more than welcome

If you want my extra 2 cents on the DIY I posted some tips here https://www.sportsmaserati.com/index.php?threads/fiftys-manual-4200-build.28073/post-678170

just seen this thread! epic effort and lovely results, well done. I'm waiting to see the results of removing rust on the underside, surely one of the roughest jobs, Best of luck.
G

Nahayiah said:
I have a small question : did anyone tried to replace the Info Center module by something more how to say more fonctionnal (Info Center screen visibility is very low)?
Can it be replaced or is it part of an essential system ?
View attachment 75312

My target would be to replace it by something like this one :
View attachment 75313

Thanks in advance for your feedback.
Click to expand...

Hi, I'm in awe of what you have done here, definitely inspired me to get a bit more pro-active in maintaining my Spyder.

I hope you managed to find this thread about NIT replacement: https://www.sportsmaserati.com/index.php?threads/4200-radio-satnav-upgrade.31574/ . I've now completely replaced the NIT and screen/phone buttons with a Pioneer EVO62DAB. Basically I now have a modern sound system/nav/Carplay etc. Lots of good help from the forum and the thread started by Sablewolf was really helpful. 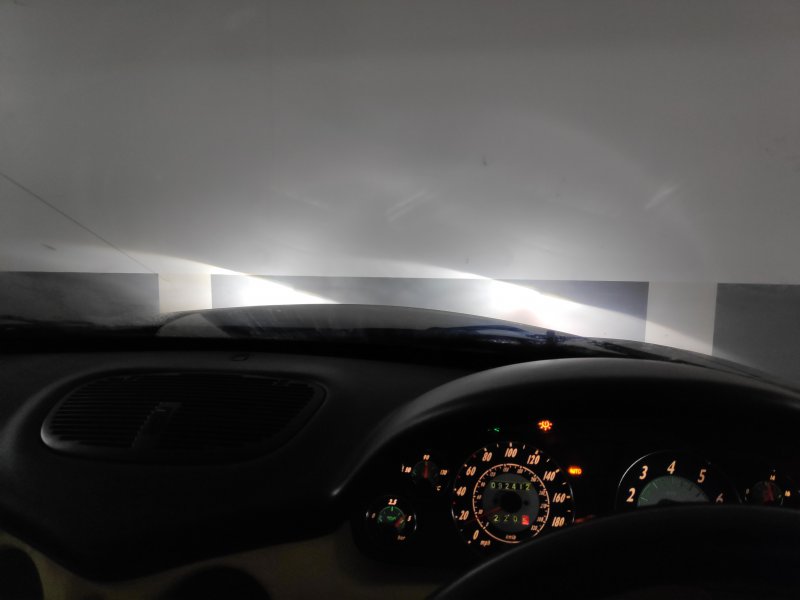