Ps will be in the blue QP and will look our any other Tridents there!
S

TonyCr said:
We’re booked in for tonight and aiming to get there as early as possible ie 3.15 latest - for the lucky ‘few’ that did get in what time did it finish?

keeping fingers crossed we get there in time...!
Click to expand...

3.15pm would not have been early enough yesterday - good luck !

And be sure to use the pub quoted in you emails as a reference point to the entrance.

Thanks Scaf - will do. Does the postcode work in the satnav to get you there?

TonyCr said:
Thanks Scaf - will do. Does the postcode work in the satnav to get you there?
Click to expand...

If you are referring to a Maserati satnav you have more chance of finding the pot at the end of a rainbow!

Well, I’ve received a text saying our confirmed priority tickets for today have been cancelled!! What a shower this lot are.
Guess I’ll just go out for a good blast through the Kent countryside in my 85yr old Aston instead of taking it to Dunsfold.

I was meant to reply yesterday/earlier, but having overnighted due to the 3 hour drive down, not really had a chance.

We had priority tickets (guaranteed entry before 1530) and arrived at 1515, there was a long queue, but we did just get in before 1530. Probably about 20 more cars were let in after us, then they shut the entrance.

Those that arrived from 1400, were let in.
Standard ticket holders were put to one side and priority cars lined up in rows in the holding area until it was full.
A couple of hours waiting there, looking round the cars, eating, drinking etc... Then we're were taken row by row and lined up in front of the stage. The earlier you get there, the closer you'll be to the stage.
FM radio, not really necessary, as the sound system thay had was good enough anyway.

Filming doesn't start until the sun goes down.

Have a fully charged battery!! There is a lot of time spent with headlights on for the filming. But AA on hand if you end up with a flat battery.

The night as a whole, was very enjoyable and I'm glad I went. Also very glad I didn't get turned away after a 3 hour drive down!
One of our episodes featured a Quattroporte, so keep your eyes open for that when it's on!

I and Fifty are in . Looks like loads turning up.

Quite a good evening overall. Saw some good footage of the new series and great to meet up with Tony and Mr.& Mrs. Fifty.
Lots of standing so got tiring towards the end. But enjoyed it muchly. Drank most of my supply of Scottish and Russian elixirs.

Was a good evening and great to meet Sommi & Fifty too. Good atmosphere and looking forward to seeing the finished product when broadcast!

Yes it was a good time for sure. Good to see you again Sommi love your S500 looks super comfortable. Likewise nice to meet you Tony always good to see new members and I hope you enjoy your QPV ownership experience. 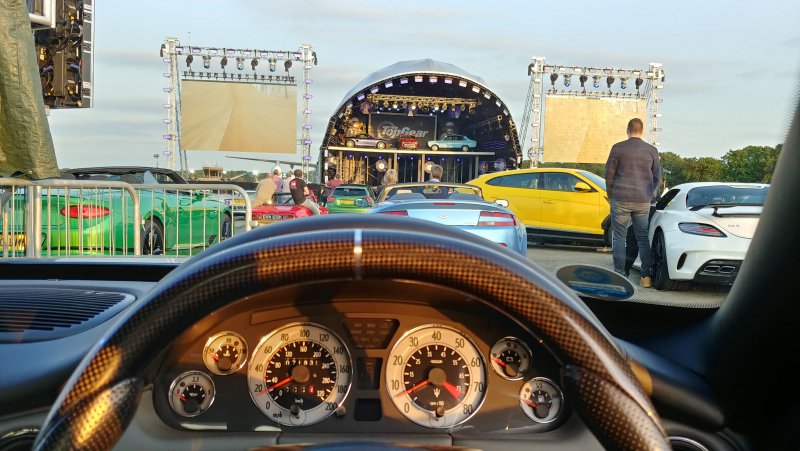 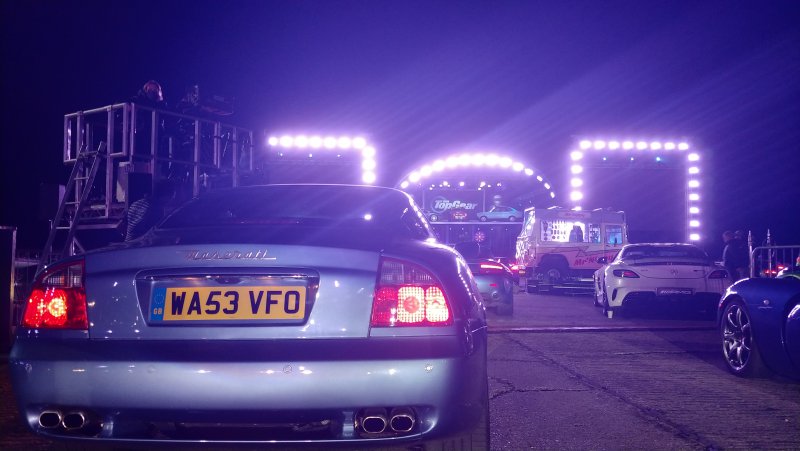 Edit: thanks to @Lozzingers also for sharing the lost inTV link in the first place
Last edited: Sep 11, 2020

Thanks Fifty - looking forward to meeting other members in due course and my wife is loving the QPV as much as myself especially as she is doing all the driving currently following a shoulder op I had three weeks ago! May be fighting to get hold of the steering wheel again!!

Hope your shoulder heals quickly Tony. Cant be too bad being chauffeured around in the QPV for a few weeks

Hopefully next spring we can get together on mass again. The Ace cafe meets are a good way to get to know people on here

Thanks Fifty - much appreciated. There are worse ways to be driven indeed!